How Has Merchandising Really Changed?

Our annual inquiry into what retailers are doing in their merchandising operations groups is the longest-running research report we have. We’ve never even so much as considered skipping a year. In fact, some years we’ve run two. Why?

One could convincingly argue that of all the things that a retailer must do – and do well – in order to thrive, there’s not much more important than what it chooses to sell.

In an age when technology allows every shopper to serve as judge, jury, and executioner, make no mistake: everything matters. In fact, every little detail is more important than ever: where your selling touch points are matters. What those channels feel like and how the products are priced matters. The people representing the brand matter and how the brand is marketing itself matters. It is not an easy time to be a retailer.

But fundamental to all of this, before anything else, is the fact that retail is an exchange of goods for money. And the same technology that enables every shopper to be a Meta-critic has enabled every shopper, no matter who or where they are, to peruse nearly the exact same goods from multiple sellers. So merchandising really, really – more so than ever – matters.

Throughout the years of writing our merchandising research we’ve seen a lot of change. Last year marked the death of the merchant prince. When we started conducting this research in the early 2000s, the concept of a tastemaker, particularly in apparel, was still very much in vogue. Embodied as the “art ” component in the “balance of art and science “, the ongoing conversation continued to morph, culminating in last year’s findings that retailers no longer believe that consumers are willing to be told what is desirable. Shoppers are indeed calling the shots in full.

But as we will see in this year’s report (available to every and anyone for free in two different forms – the full report and the condesned eBook), there IS still very much an art to merchandising in an increasingly technological world – just not in the way we used to see it.

Further, the better a retailer’s performance, the more likely they are to agree that an increased reliance on data is helping, not destroying, the art of retail

To start, we wanted to know where retailers are in the development of their current merchandising efforts in this new age. And as you can see, Retail Winners (those who are already seeing higher comparable sales numbers) have a far greater understanding of what it takes to be a merchant in the modern age (Figure 1). 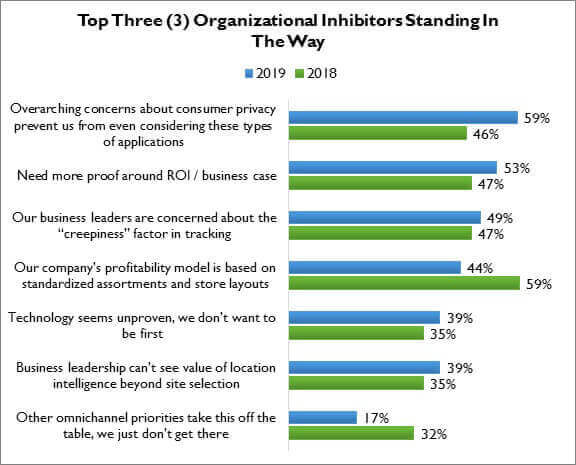 The best retail performers already have a major advantage here. Their enhanced understanding of modern tools and techniques is no accident, but rather the direct result of embracing the future as it has steadily been marching towards them. Average and lagging retailers – or also-rans – have instead spent years fighting things like integrated merchandise planning, allocation and replenishment, insisting that the delicate “art ” of such decisions could not be superseded by algorithms and computer-based projections. Turns out they were wrong – and now will have to scramble to make up for lost time.

So right from the opening moments of this year’s research, we can see there is some trouble on the horizon. We hope you check out either the full report and the much shorter eBook – there’s a LOT of good info in there.