It’s difficult to overstate the importance of how decisions are made in the modern retail enterprise. Not all that long ago, a large part of the analyst community’s job was to convince battle-hardened retailers that gut feel was not the only way to build on the legacy of their brand. Data could be useful, yes, but was often seen as unclean and untrustworthy enough to be nothing more than an indicator to be taken into consideration within a much larger conversation that relied heavily on past human experience and executive vision.

In perfect irony, “data” was often seen as just a plot on a larger graph.

In our most recent research, RSR wanted to understand what new measurement tools retailers are using now that technology – and the technologists that build it – have caught up. And from our perspective, caught up in a big way.

What Figure 1 shows us, below, is that for retailers – in aggregate – this battle is still being fought, especially in certain departments of the organization. It rages particularly strongly in such traditionally-feel-based decisions as how stores are being reimagined and run, how such “new” areas of engagement like eCommerce and mobile operations are handled, and most of all: how new products get developed.

Figure 1: The Struggle Is Real 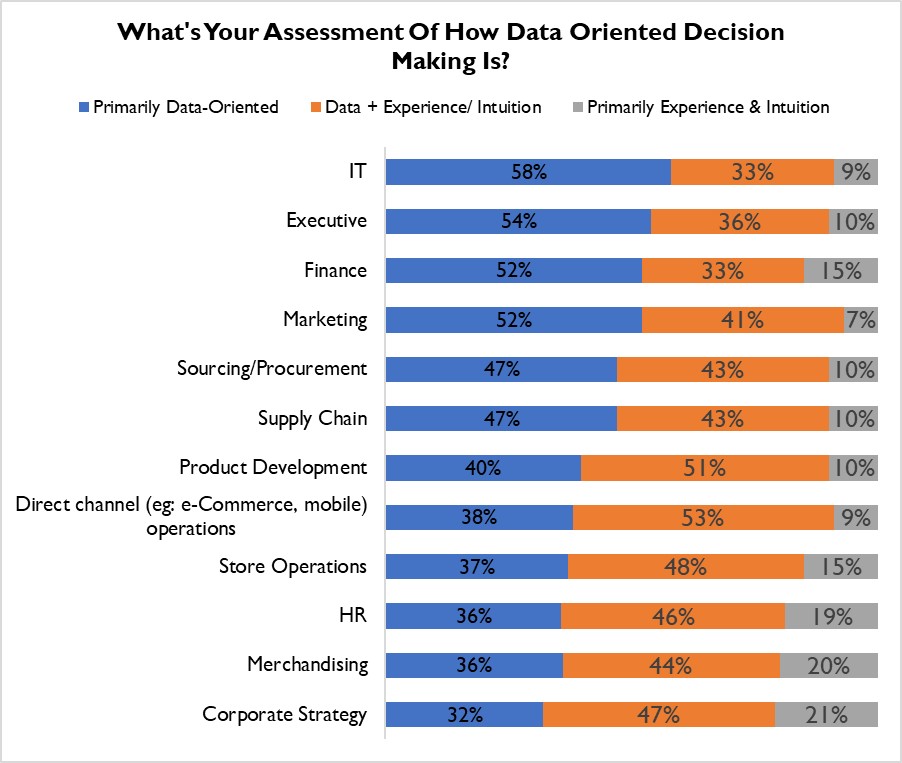 However – as always – Retail Winners have a different take on things. Figure 2 shows the exact same data we just saw, but through the lens of sales performance. The better a retailer is already doing, the more likely they are to have virtually every decision-making member of their enterprise make those decisions based primarily on data. This is undeniable proof of why Winners win. With the exception of merchandising decisions (where gut-feel still plays a vital and somewhat artistic role, particularly in fashion), Retail Winners go where the data tells them to go. They trust it – and they are reaping the benefits of that trust at the sales till. 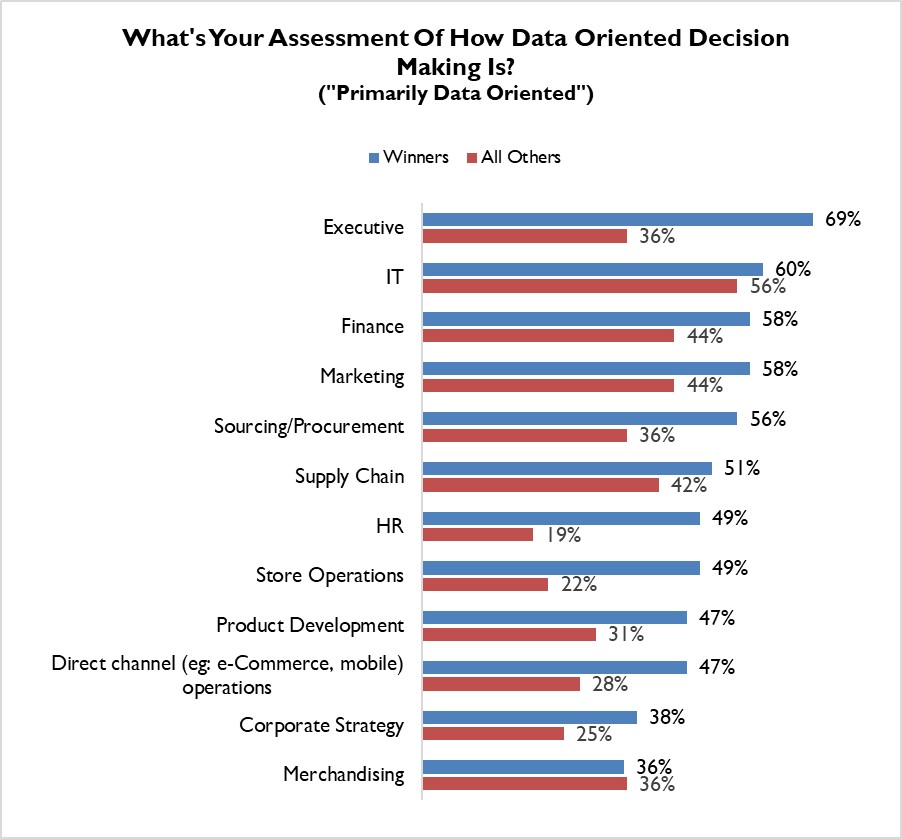 If you haven’t read the full report, How Retailers Are Operationalizing Analytics With New KPIs, you should. It’s available (and for free, at that) by following this link.