No one can deny the profound effect Amazon has had on the competitive retail landscape in the past 10 years. In speeches that I give on the subject of the impact of consumers’ digitally enabled shopping behaviors, when I ask the audience, “how many of you read product reviews on your mobile phone, even while you’re in a store? ” – about 75% of the audience will typically raise their hands. Then I’ll ask, “so, how many of you are reading AMAZON reviews? “, and about one-half of those who raised their hands the first time will keep them up.

So there you have it – Amazon’s impact has been profound in forcing retailers large and small to address consumers’ demands for a unified shopping experience across the digital and physical selling domains. Of course, that’s not the only story; Amazon is also a very intimidating competitor. The growth in Amazon’s top line sales over the course of its lifetime has been phenomenal – and all those revenue dollars had to come out of other retailers’ pockets. Of course, Amazon has accomplished this not only with a nice e-Commerce website featuring good product info and reviews, but also by very aggressive pricing. We often hear that Amazon’s “retail ” business isn’t a profit generator, and while that’s not literally true (see chart, below), it is true that the company’s Amazon Web Services offering is the line-of-business that is really bringing home the money. Amazon has figured out how to subsidize its low retail prices, and there’s every indication that it will continue to do so.

Notwithstanding the tremendous value that Amazon has brought to the entire industry by forcing retailers to address consumer demands for a more seamless and relevant shopping experience (in short, to be more respectful of consumers’ time and money), the truth is that from a competitive perspective, Amazon is the same to retail in the 21st Century that Walmart was in the 20th Century. I remember when Walmart came into “our ” market (principally California) in the 1980’s. They were the “darkness on the edge of town “, and we knew that the next two years were going to be pure Hell for our suburban stores, because they would beat us bloody with low low prices. Our objective became to offer targeted responses to the Arkansas giant’s value proposition, and wait for “our ” customers to come home again. But what really happened is that we were forced to play according to Walmart’s rules.

Amazon is that new monster competitor on the edge of town, and retailers have to respond in a very targeted way to win back consumers. Competition is good, and no one should have a problem with it. But then there’s the other stuff that Amazon does, just to stir the pot.

The Miriam Webster Dictionary defines “gamer ” is “someone who plays games. ” And it appears that Amazon is not above playing games in order to draw attention to itself, by distracting the media with pronouncements at strategic moments. And why not? Some in the media are only too happy to play along. For example, who will ever forget the 14 minutes of free advertising that Amazon received gratis from CBS’ 60 Minutes in December, 2013? The subject: drone package deliveries.

So, three years later, what is the state of drone package delivery? Well, Google is still experimenting with its “Wing Marketplace ” drone concept, although the drones apparently have trouble occasionally landing in trees. Google’s Boston Dynamics CEO Marc Raibert recently floated the idea of using robotic “dogs ” as deliverymen (I can only imagine my non-robotic dogs’ response to this – they already go ballistic enough every time the UPS truck comes to my door). Meanwhile, over in China, e-Retail giant Joybuy.com (JD) announced that it is experimenting with using drones to deliver packages in rural areas. But in the USA, new FAA regulations have inhibited much serious effort on drone deliveries.

Slow progress notwithstanding, the December 2013 pronouncement was a clever bit of promotion from Amazon’s Jeff Bezos, and the Retail industry fell all over itself trying to figure out what the response should be. Coincidentally (not!), the piece ran on Sunday December 1, one day before the exploding retail event called Cyber Monday. Well played, Mr. Bezos!

Amazon apparently learned something from the drone experience. In December 2015, the company grabbed headlines again by opening a downtown Manhattan warehouse, where Amazon Prime Now customers could walk right in and get their purchases (Prime Now is an enhanced service offering which gives members in select markets free two-hour delivery on more than 10,000 items).

Then a week ago, Amazon did it again, this time with its announcement of the Amazon Go concept store. Once again, the business press was all over it. Just to illustrate that point, in the last week Forbes has published no fewer than nine opinion pieces on the announcement. That’s a lot of ink! And it’s probably no coincidence that the Amazon announcement came (once again) in December. It’s the company’s way of saying, “we’re still he-ere! And we’re not going away!! ”

For those who aren’t familiar with the Amazon Go concept, it is that the store will use Internet-of-Things (IoT) technologies to enable a checkout-less store. The first store is scheduled to open to the public sometime in 2017 in Seattle. I would characterize the store as an urban-grocery concept, and it may be a game changer for this reason: while retailers of all stripes – but especially grocers- are struggling to figure out how to offer more in-store customer service without destroying the stores’ profitability, Amazon is going the other way by taking self-service to a whole new level.

The Amazon announcement came just days after fast food retailer McDonalds announced that it was replacing order-taking store staff with kiosks. Recently in Paris, I saw it in action (see photo, below). 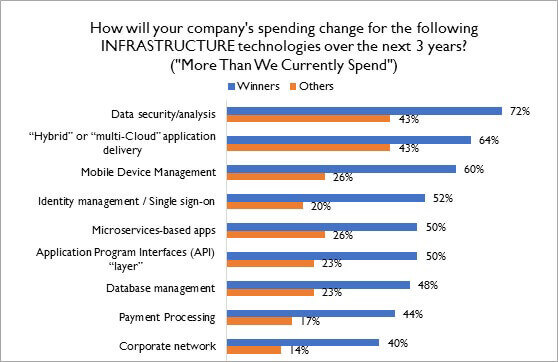 One of those Forbes opinion pieces opined that the concept will render the notion of a federally mandated minimum wage pointless (that implies a sweeping assumption that only retail workers would benefit from a higher minimum wage, but I’ll leave that to you the reader).

Again, well played Mr. Bezos! Amazon (not McDonalds) is once again the talk of the town.

What Retailers Can Learn

Amazon seems to have learned how to use the media in particular to direct the conversation to what it wants to talk about (not unlike how Donald Trump has used the media to keep it focused on him). But there’s a more important lesson to be learned, and retailers can’t ignore it while reacting to whatever media bomb the Seattle giant throws into the crowd. That is, Amazon embraces technology – and it is not afraid to fail. Those are two ideas that most retailers still haven’t embraced, and they ignore them at their peril.

In RSR’s recent benchmark on Internet-of-Things (The Internet Of Things In Retail: Getting Beyond The Hype, October 2016), we recommended that retailers “stop dilly dallying “:

“…you do need to pay <IoT> heed… A lot of today’s IoT offerings offer low-cost entry points to small-scale trials. But that’s exactly what forward-thinking retailers need to be doing: small-scale experiments with creative uses of these exciting new technologies. Start by establishing a clear business need for what it is you’re trying to solve – we are not advocating tech for tech’s sake. And should a trial prove non-effective, kill it off quickly. There are plenty of other use-cases where IoT will help. Trust that your competitors are already trying experimenting. “

While it’s tempting to dismiss Amazon’s sandbox experiments as more PR than substance, that would be a grave error. The company has a knack for redefining the rules of play. Retailers who don’t want to get whiplashed by the latest December announcement from Amazon proclaiming the future of retail, need to get there first.